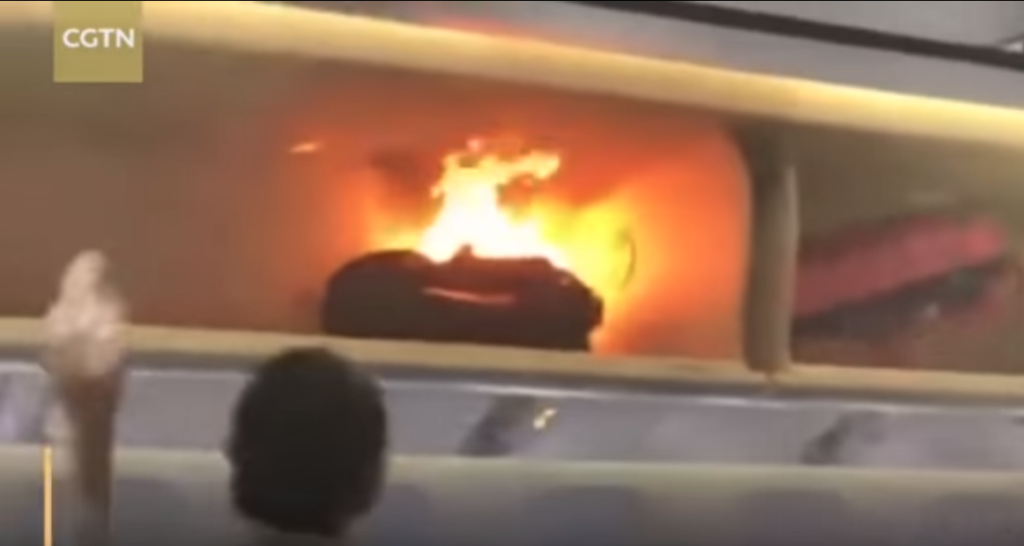 A fire broke out onboard flight CZ3539 during the boarding phase when a power bank battery caught fire in the overhead compartment.

Video below shows the intensity of fire and effectiveness of putting out the flames with bottle of water.

A spokesman for the airline said passengers were forced to disembark from the aircraft. The aircraft suffered minor damage, however, the flight was delayed for approximately three hours as a replacement aircraft was required.